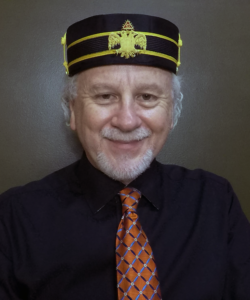 Bro. Brown was Raised a Master Mason in March 2015 at Phoenix Lodge #131 in Nashville, TN and was the “Newest Made Mason” for 2015. He is a member of Oriental Lodge #453 in Knoxville, TN and the Ancient and Accepted Scottish Rite, Valley of Knoxville since 2015. He was a computer programmer/analyst in Oak Ridge, TN for 12 years and then a Professor of Computer Science for over 20 years. He holds a Ph.D. in Computer Science from the University of Tennessee in Knoxville and has published papers in the Proceedings of the Tennessee Lodge of Research and others in the computing field. He is also the creator of “The Hillbilly Tarot”. 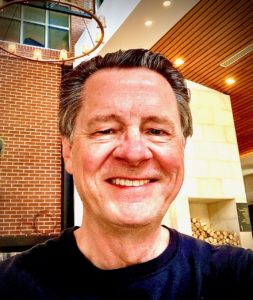 Glenn Thomas Carson has been included in Marquis Who’s Who. As in all Marquis Who’s Who biographical volumes, individuals profiled are selected on the basis of current reference value. Factors such as position, noteworthy accomplishments, visibility, and prominence in a field are all taken into account during the selection process. Due to his breadth of experience in varying fields, Carson excels today as a consultant. His primary areas of focus are nonprofit organizations and fundraising. He is aligned with the National Park Foundation, the Community Association Institute, and the Coastal Georgia Historical Society, among others.
Over the years, Carson has pursued studies in history, communications, and theology. Places of education include the College of Coastal Georgia, Valdosta State University, and Southwestern Baptist Theological Seminary.
Carson is the founder and first president of the College of Coastal Georgia Alumni Association. An author, Carson has published numerous works, including Finding the Right Path: 5 Tips for Making Decisions that Work for You, and Histories: Voices from the Past Still Speak.
His interests include art house theaters, rare books, and the Scottish Rite of Freemasonry. He plans to devote more of his time to nonprofit consulting in the coming years. 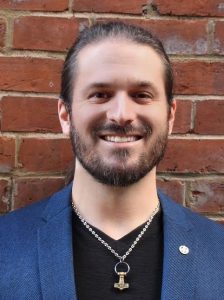 Bro. Driber was Raised a Master Mason in May of 2003 at Hiram Lodge No. 7 F&AM in Franklin, TN. He has been an active member of the Ancient and Accepted Scottish Rite, Valley of Nashville since 2004. In 2011, he was made a Knight Commander of the Court of Honor. He currently holds the office of Guardian of the Temple in the Chapter of Knights Rose Croix. He has authored papers for Tennessee Lodge of Research on the subject of Masonic history and philosophy which were also published in the TLR’s hardbound copy of Traveling East. He holds a Bachelor of Arts in Philosophy from Middle Tennessee State University and is known for bringing new and interesting perspectives to Masonic discussion.

Brother Driber was Raised in John B. Garret Lodge No. 711, F & A M. He is a member of Hiram Lodge No. 7 in Franklin, TN. He is a member of the Franklin York Rite Bodies and the Scottish Rite Bodies of the Valley of Nashville. He has held numerous elected and appointed Chairs in the York Rite Bodies and Grand Chapter of Royal Arch Masons. He presently serves as the Junior Warden in Moquedah Lodge of Perfection. Brother Driber is the Chairman of the Scottish Rite Study Club. He has authored numerous Masonic papers and published in various Masonic journals and publications. He was an Editor of the Lodge of Research compilation text entitled, TRAVELING EAST. He is best known for his Masonic research, speaking engagements, and publications. 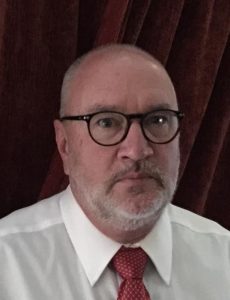 Wor. Bro. Nick Gatlin, 32° KCCH was raised to the sublime degree of Master Mason in 2011. He served as Worshipful Master of Hiram Lodge No. 7 in 2016. He has written and delivered numerous presentations at several Masonic lodges, and serves as the co-chairman of the Scottish Rite Study Club in the Valley of Nashville.  Brother Gatlin also founded and co-leads the weekly Hiram Instructional School, which provides an educational outlet for new and experienced brothers alike. 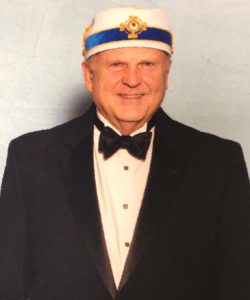 Wor. Bro. Dan Jones is a Past Master of John B. Garrett Lodge No. 711 and Conlegium Ritus Austeri No. 779, both in Nashville, TN. He is a member of the Franklin, TN York Rite bodies, and belongs to many invitational Masonic groups, including the York Rite College, Red Cross of Constantine, and Allied Masonic Degrees – having served twice as Sovereign Master of Nicholas C. Oldham Council No. 378. Bro. Jones serves with distinction as the Secretary of the Valley of Nashville, Ancient and Accepted Scottish Rite. He was coroneted an Inspector General of the 33° in 2007, and received the Grand Cross in 2013. 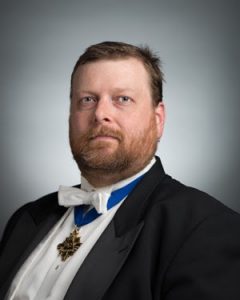 Wor. Bro. Joe Kindoll is a Past Master of Conlegium Ritus Austeri No. 779 in Nashville, TN, and a member of Lexington Lodge No. 1 in Lexington, KY.  He is an active member of the Scottish Rite, York Rite, Allied Masonic Degrees, S.R.I.C.F, and serves as a DeMolay advisor.  Wor. Bro. Kindoll is a Past Master and Fellow of the Tennessee Lodge of Research.  He has been published in Masonic journals at both the state and national levels, and regularly lectures at lodge education events in middle Tennessee. 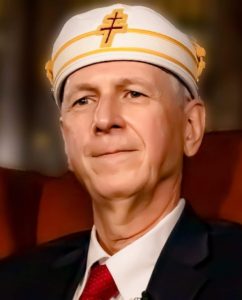 Wor. Bro. Ladd is a Past Master and current Secretary/Treasurer of the Tennessee Lodge of Research. He serves as Prior of Trinity Consistory No. 2 in the Valley of Nashville, A.A.S.R.

He also serves as Grand Treasurer of the Grand York Rite Bodies of Tennessee and is active in many other Masonic appendant bodies. He was raised in 2000 in Benton Lodge No. 111 in Santa Fe, TN, where he currently serves as Treasurer. 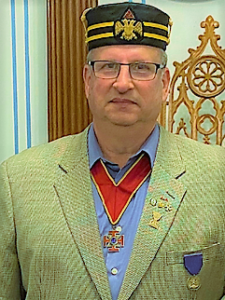 Worshipful Brother Michael Neulander 32° has been a Freemason for over thirty-eight years, most of his Masonic career has been in the Grand Lodge of Virginia. Mike is a native of Miami Beach Florida. He graduated the University of Miami in 1980 on an Army ROTC scholarship with a Bachelor of Arts degree in Political Science. He was subsequently commissioned a regular Army second lieutenant and became an Army aviator. He is a Gulf War veteran and earned the Bronze Star Medal and three bronze battle stars. In 1992, Mike retired early from the Army as a Major. In 2009, Mike graduated Old Dominion University in Norfolk VA. with a Master of Arts degree double majoring in History and Philosophy. He was subsequently hired Old Dominion University as an Adjunct Professor to teach the History of Asia. In 2017, Mike retired and purchased a 115-acre farm in Culleoka TN. He presently serves as secretary of Pleasant Grove Lodge #138 and continues to be active in many Masonic appendant bodies. In 2020 Mike completed all three Scottish Rite Master Craftsman programs and earned the unique distinction of becoming the first Tennessee Masonic Scholar of the Tennessee Lodge of Research. 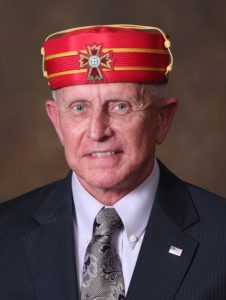 Col Patterson is General partner and CEO of Premiere Partners which is comprised of multiple business endeavors to include: residential construction; real estate investment properties; farm, ranch and land management; government contracting; and healthcare management.
As a Retired Colonel in the United States Air Force Reserve, Col Patterson is a veteran of Operations ENDURING FREEDOM and IRAQI FREEDOM whereupon he made history employing a totally reengineered casualty evacuation system which has and continues to save the lives of thousands of our soldiers. As a result of his technical and logistic skills, he was highly
sought after within the United States Transportation Command. He retired as a highly decorated Group Commander in the Air Force.
Of additional interest, he is an author, minister, actor, rodeo rider, skydiver, fashion model, scuba diver, and pilot. He possesses two graduate degrees plus a degree in Biblical Languages.
He has been a Scottish Rite Mason since October 2015 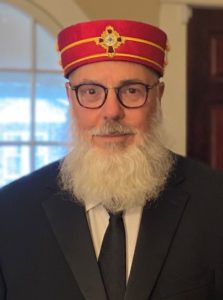 Rabbi Rami Shapiro is an award–winning author of over thirty-six books on religion and spirituality. He received rabbinical ordination from the Hebrew Union College–Jewish Institute of Religion and holds a PH.D. in religion from Union Graduate School. A rabbinic chaplain with the USAF for 3 years, a congregational rabbi for 20, and a professor of religious studies for 10, Rabbi Rami currently co-directs the One River Foundation (www.oneriverfoundation.org). Rami is also a Contributing Editor at Spirituality and Health magazine where he writes the Roadside Assistance for the Spiritual Traveler column for the print magazine, the Spirituality & column for the digital magazine, and hosts the magazine’s bi-weekly podcast, Spirituality & Health (www.spiritualityhealth.com). 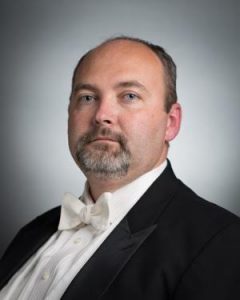 Wor. Bro. Stafford is a Past Master of Bethpage Lodge No.521 in Bethpage, TN; a charter member of Conlegium Ritus Austeri No.779 in Nashville, TN; and a member of Trammel Lodge No.436 in Westmoreland, TN. He is a member of the Scottish Rite Valley of Nashville, all three York Rite Bodies, member and past contributor of the Scottish Rite Research Society, and Past Master and Fellow of the Tennessee Lodge of Research. He has a B.S. in Interdisciplinary Studies from Middle Tennessee State University, and a doctorate in Administration from Tennessee State University. He was a recipient of a 2005 Public School Administration Scholarship from the Supreme Council 33°, S.J. He has been published in numerous masonic periodicals including The Plumbline, Philalethes, and Ahiman: A Review of Masonic Culture and Tradition. He is a school administrator for the Sumner County Board of Education.